Posted by Leah Kamel on October 4, 2019 under General 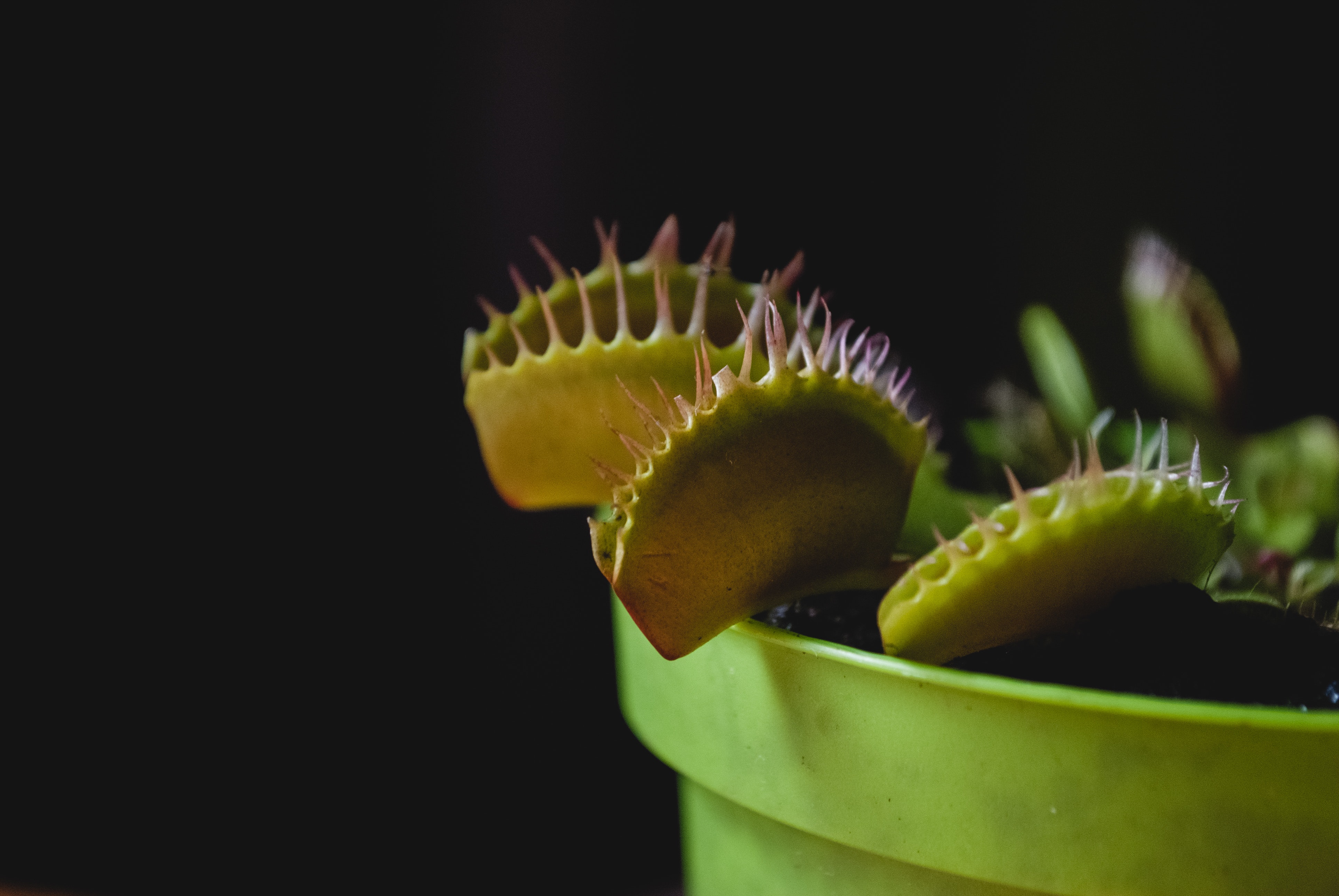 Venus Fly Traps, or Dionaea Muscipula, are a carnivorous plant found in the subtropical wetlands of the United States. While these plants absorb nutrients from the soil and air, their main source of nutrients are insects and arachnids. Venus Fly Trap plants are widely known for trapping their prey inside their spiky leaves; they are one of only two plants that actively do this. In the wild, they can grow in clusters of dozens! However, their conservation status is vulnerable because of over-harvesting and habitat destruction. There are fewer than 150,000 of these plants left in the wild, in only 100 known sites.

Venus Fly Traps are named after two ancient goddesses! Venus comes from the Roman goddess of love; and the plant’s scientific name, Dionaea Muscipula, refers to Greek goddess Aphrodite. These plants have a dormant period from November to February; but when they are in season, they can produce beautiful white flowers! Venus Fly Traps are perennial plants, which mean they bloom every year. 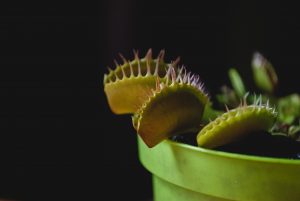 Caught In The Trap

Venus Fly Traps attract their prey in unusual ways! First, they have a nectar that lures their prey into their traps. Second, they can emit a florescent blue glow to draw in their prey.

Each Venus Fly Trap plant has about six stems, each with hinged leaves. The base of their leaves contains “trigger hairs”. When an insect or arachnid lands on these hairs, the hairs bend slightly. This lets the plant know something is there, and that it should close its leaves. Then, the Venus Fly Trap seals it’s leaves with another hair-like structure called cilia. This ensures that no bacteria can get inside the trap’s leaves.

The Venus Fly Trap can sense when there is not enough food in its trap. If a bug is too small, the trap won’t close all the way. It can sense that there will not be enough nutrients so it allows the bug to escape. If the trap swallows something that is not food, such as a stone, it will spit it out after about 12 hours. Contrary to popular belief, Venus Fly Traps should not eat hamburger!

If you’re interested in growing your own Venus Fly Trap, here is what they need:

If you over water your Venus Fly Trap (or if it gets caught in the rain), don’t fret! They can survive underwater for months!