Posted by Leah Kamel on September 20, 2019 under General

Monday September 23 will be the 173 anniversary of the discovery of planet Neptune!

It is the only planet found by mathematical predictions and not Empirical Observation. Empirical Observation happens when a discovery is made by observation or experience. This means that astronomers could not initially see Neptune. Instead, French astronomer Alexis Bouvard noticed a change in the orbit of Uranus. This led astronomers to believe that there was another undiscovered planet causing this change. 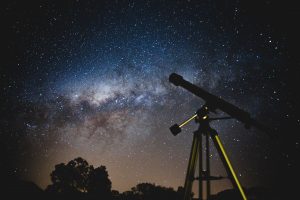 French astronomer Urbain Le Verrier and British astronomer John Couch Adams used Bouvard’s calculations to understand approximately where to locate Neptune. Neptune cannot be seen with the naked eye, so the astronomers had to locate it with a telescope.

On September 23rd, 1846, German astronomer Johann Galle located and caught a glimpse of the mystery planet. Shortly after it’s discovery, astronomers noticed one of Neptune’s moons, Triton. The other 13 moons went undiscovered until the 20th century. 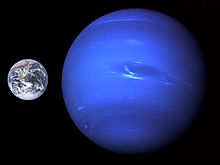